Everyone’s doing it and why should I not do the same ? Yeah yeah everyone’s been bad mouthing how horrible windows 8 and thought, why should I be left behind. So here’s my 2p on the subject.

I remember being one of the first to get a laptop with XP.. having used Windows 95 / 98 and ME plus Windows NT, Windows 2000, I was looking forward to it. I was young, naïve and stupid (actually last two don’t have an expiration date). I loved it yet in tons of places I kept reading that the changes were too far and users need to educate themselves yet again.

Just read this one.. it’s not that bad.. if you really want me to dig some, I will try

Of course we know how that went, XP did eventually coerce people into converting.. XP however wasn’t all that hyped..

Next up, we had the long anticipated Longhorn.. I was still relatively young (naïve and stupid) and what did I do, I installed the leaked alpha on my PC and played with it. Was a little disappointed not to see .NET integration into the system but oh well it was only an alpha.. things dragged on and we had Vista.

Vista was great, it did everything XP did and even more. There was only one drawback and that was a new shiny driver model. Crap Microsoft gave the OEMs just over a year to prepare drivers… Of course what happened, Vista was slated because of UAC and being buggy as hell (thank you OEMs.. my personal favourite was NVidia.. their drivers were worse than stock shipped by Vista).

“you can put lipstick on a pig, but it is still a pig”

All Microsoft did was to release rebranded Vista as Windows 7. Sure there were a few changes like toning down the UAC tiny bit but the main thing was that drivers had already matured in this time and bingo.. people loved Windows 7 like they loved XP..

Of course around that time, iPhones came and iPads came and Droids started running riot.. Microsoft was under pressure to deliver and they were working on Windows 8. The Metro UX plus a tiled interface was their answer. And they took away the start button. Just look at the two screen and tell me what you think of those !! 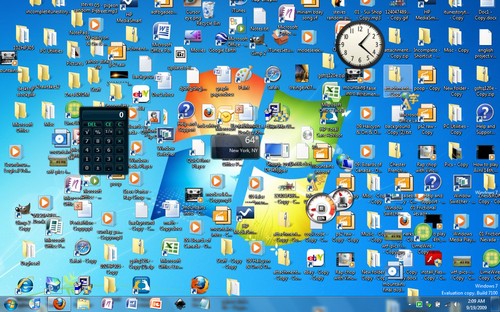 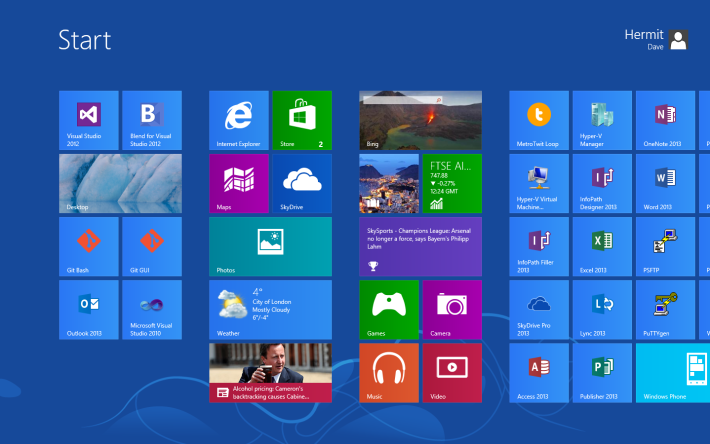 Most PCs after a few months of usage and installation crap-ware look like Picture 1. Is Windows 8 Metro UI that bad ? It looks cleaner and simpler, the icons are larger. Users can choose to pin / unpin what Start Screen shows. I keep hearing that power users hate Metro UI. What exactly is a power user ? My personal take is someone who has become adapt at clicking the icons on the desktop like in Picture 1. By that definition, I was never really a power user. Neither is my wife nor is my daughter, in fact they don’t even care about desktop forget the start menu

So if this is not a criticism of the larger easily clickable icons, what is it about ? You know it.. it’s the little blue orb that was called the Start Button. That thing that has been usually in the bottom left corner. This is about “Who moved my cheese?”
All would have been fine, if Microsoft had just left that in place and used that to toggle visibility of Metro UI / Start Screen.

Oh Microsoft what have you done !!

5 thoughts on “What’s wrong with Windows 8”